Teatro dell’Eco and the Town of Cochrane, Recreation Culture & the Arts are proud to present the Cochrane Theatre Season!

This Cochrane Theatre Season has a rich program, presenting various kind of events. We look forward to welcoming you! 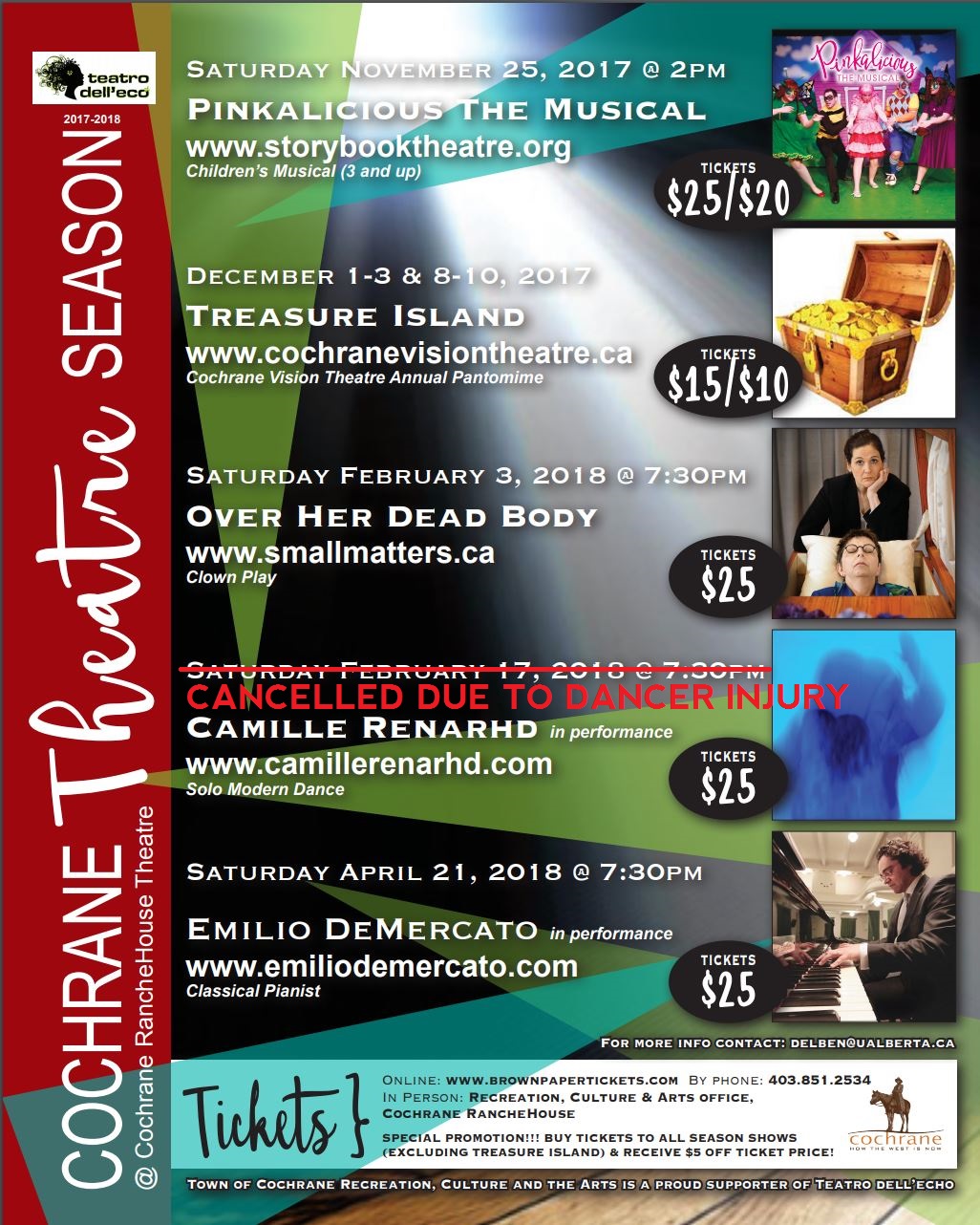 Cochrane’s Teatro dell’Eco and the Town of Cochrane, Recreation Culture and the Arts are pleased to present Over Her Dead Body on Saturday, February 3 at 7:30pm at the Cochrane Ranchehouse Theatre.

Over Her Dead Body is a comedy about mothers, daughters, cats, and the soothing power of a nice cup of tea. When a no-nonsense, middle-aged daughter returns home for her offbeat mother’s funeral, she finds herself at an unexpected wake. Nostalgia and reality collide in this physical comedy about the complicated relationship between mothers and daughters. Created and performed by award winning theatre artists and clown specialists Jan Henderson & Christine Lesiak of Small Matters Productions, Over Her Dead Body is told in the silent storytelling tradition of Buster Keaton, Charlie Chaplin and Mr. Bean: No Words. No Red Noses. Director Suzie Martin says despite the serious backdrop of the story, the humour of the show comes through loud and clear. “People should come expecting a comedy. It’s zany, it’s strange. They can come expecting a weird, but also familiar time, and maybe to be moved along the way.”

“You need to go. Five stars and five hearts.”

“a sweet combo of impressive and a lot of laughs”

Performance: Saturday, February 3 at 7:30pm at the Cochrane Ranchehouse 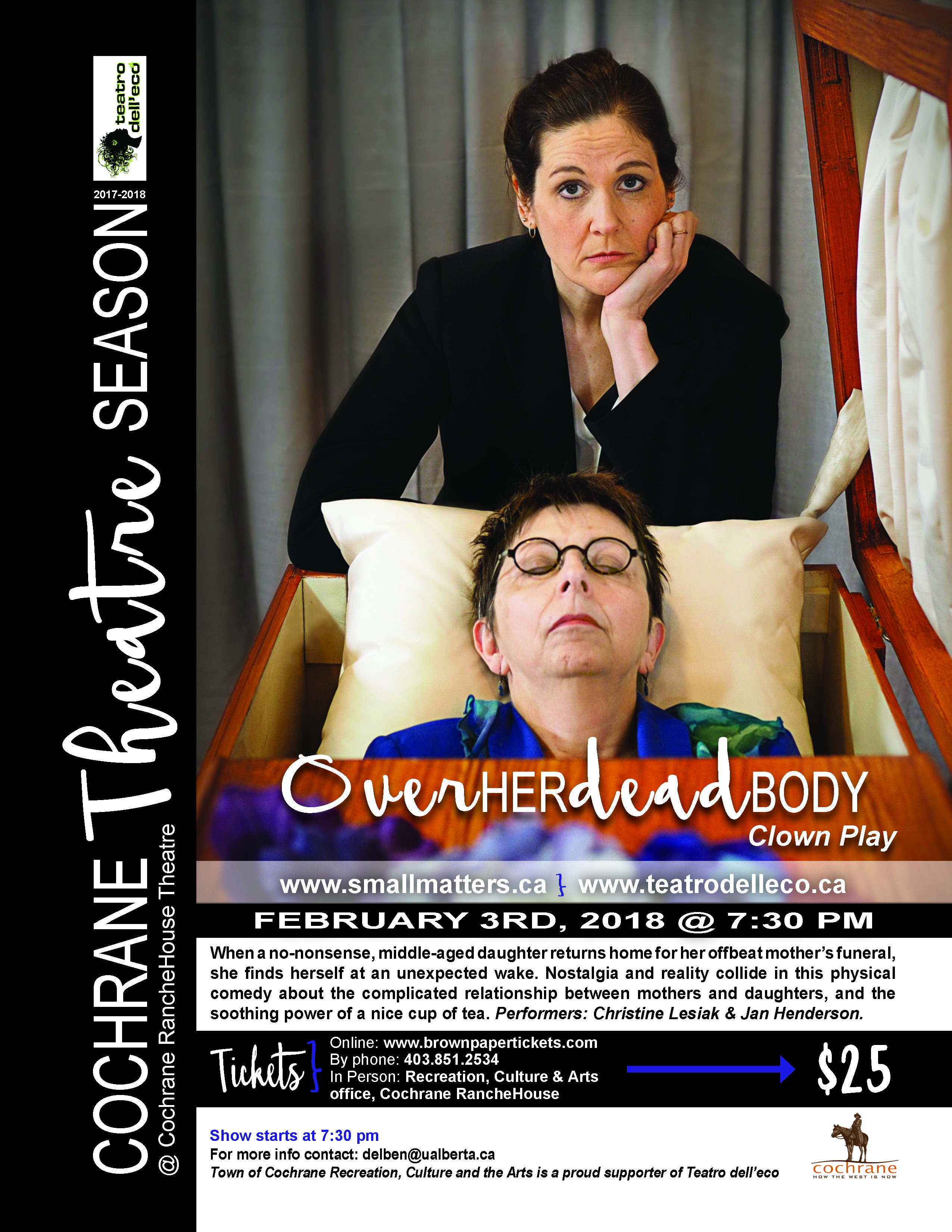 PERFORMANCE CANCELLED DUE TO DANCER INJURY

Cochrane’s Teatro dell’Eco and the Town of Cochrane, regret to inform you that the solo dance performance “La distancia que nos aproxima” is cancelled. 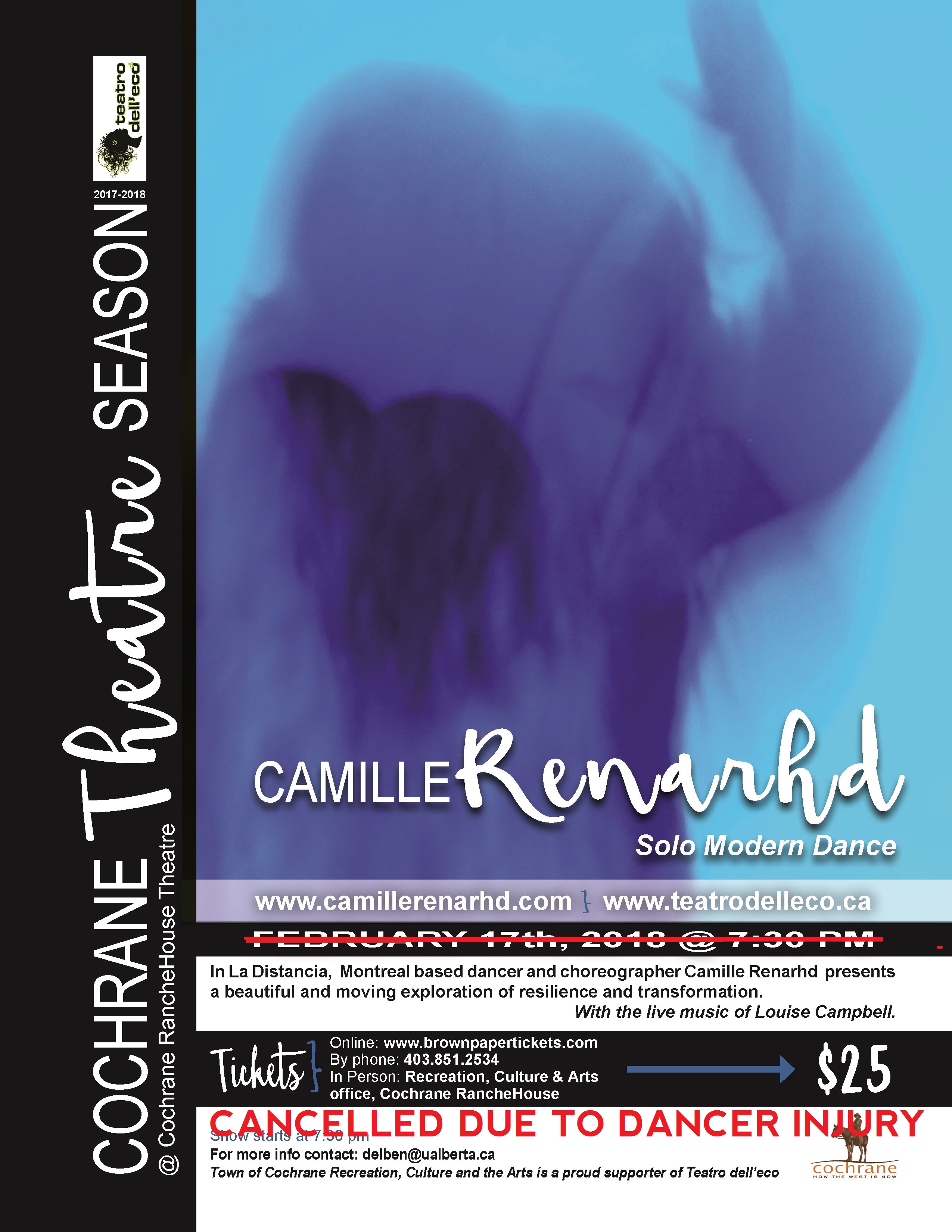 Concert pianist, composer and conductor Emilio DeMercato presents an evening of classical piano repertoire. An active performer since the age of nine, DeMercato’s extensive repertoire ranges from baroque to contemporary music: as a soloist, with chamber ensembles and with orchestras across Europe, Asia and North America. 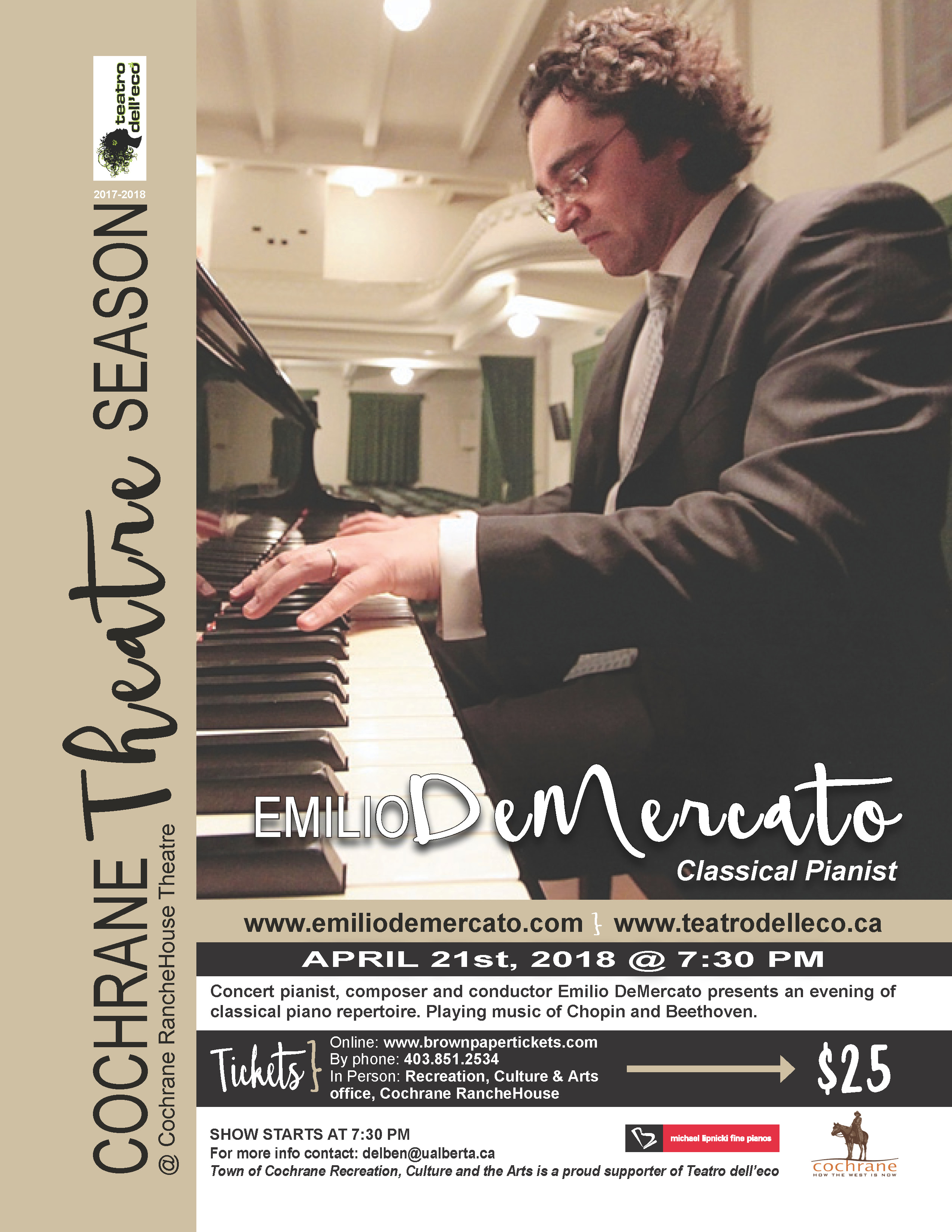